With Russian shells exploding overhead, many of her neighbors have already fled their homes. Two houses in the village have been completely destroyed, but 65-year-old Yakubovych refuses to leave.

“She is the kind of woman who would say, ‘It’s my house and I am alright here. I have a dog. I have three cats. I care about them and I don’t like to be in someone’s home, so I cannot,’” said Yakubovych’s daughter, Hanna Homeniuk.

What You Need To Know

Three Ukrainians who have visited the U.S. through Global Ties Akron shared their perspective on the war
It is increasingly dangerous everywhere in Ukraine because of nonstop shelling
In the past two weeks, more than 2 million people have fled Ukraine to the European Union
Green Zones, which are agreed by both sides to provide safe passage, are not being honored

Homeniuk,  who lived in Lyutizh with her mother before fighting broke out, recently moved to Lviv to work for the Ukrainian National Center for Peacebuilding. Peacebuilding efforts have become conflict mitigation, she said, concentrating on assisting internally displaced Ukrainians.

Yuriy Didula and Vladimir Oros are working in Odesa to deliver humanitarian aid.

All three have visited Akron through Global Ties Akron, which facilitates international exchanges for professionals and dignitaries in programs sponsored by the U.S. Department of State, said Global Ties Executive Director Michelle Wilson.

Homeniuk, Didula and Oros spoke about the fighting in Ukraine via Zoom. Wilson said she established the call to check on the welfare of people she considers friends.

“Their situation is becoming increasingly desperate and dangerous by the moment as some of the cities they are in are becoming surrounded and soon may be completely taken over,” Wilson said.

It is increasingly dangerous in every city in the country and much of the news coming out of the region is untrue, the Ukrainians said.

Reports of Russian war crimes are factual, and are being documented by Homeniuk’s organization, which has documented such crimes since Russia annexed Crimea in 2014 displacing many Ukrainians, she said. 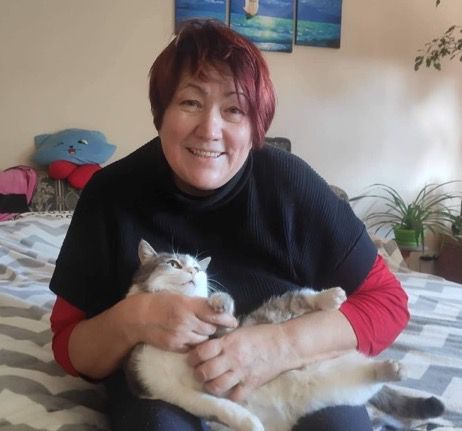 Tamara Yakubovych refuses to leave her home in the Ukrainian village of Lyutizh, despite shelling. (Courtesy of Hanna Homeniuk)

Oros’s organization, Dobropillya Youth Center or DOBRO, which roughly translates to “kindness,” in times of peace is a youth program. Now in Odesa, Oros is is working with internally displaced people, distributing food, water, medicine, bedding and other supplies, he said through translation by Didula.

The organization is also working to keep internet access on to facilitate ongoing communication, Oros said.

“Unfortunately, Russia has much more resources to cover information and to say what they want to write,” she said. “We don’t have such a lot of resources, so it’s really important to have this clear information from first-hand.”

Ukrainians are dedicated and strong, Homeniuk said, but Russian shelling is nonstop. In the past two weeks, more than 2 million people have fled Ukraine to the European Union.

Conditions on trains and roads are poor as shelling destroys the nation’s infrastructure, she said.

“We can cover the Earth. But it’s really hard for us about what is happening in the air,” she said. “We are trying our best and I think we are really successful. But if you speak about planes and air, it’s really hard, this bombing. Shelling is something really amazing, unbelievable for us.”

Ukraine needs aid in the form of an anti-ballistic system to shield people on the ground from the shelling, similar to Israel’s Iron Dome Defense System, Didula said. 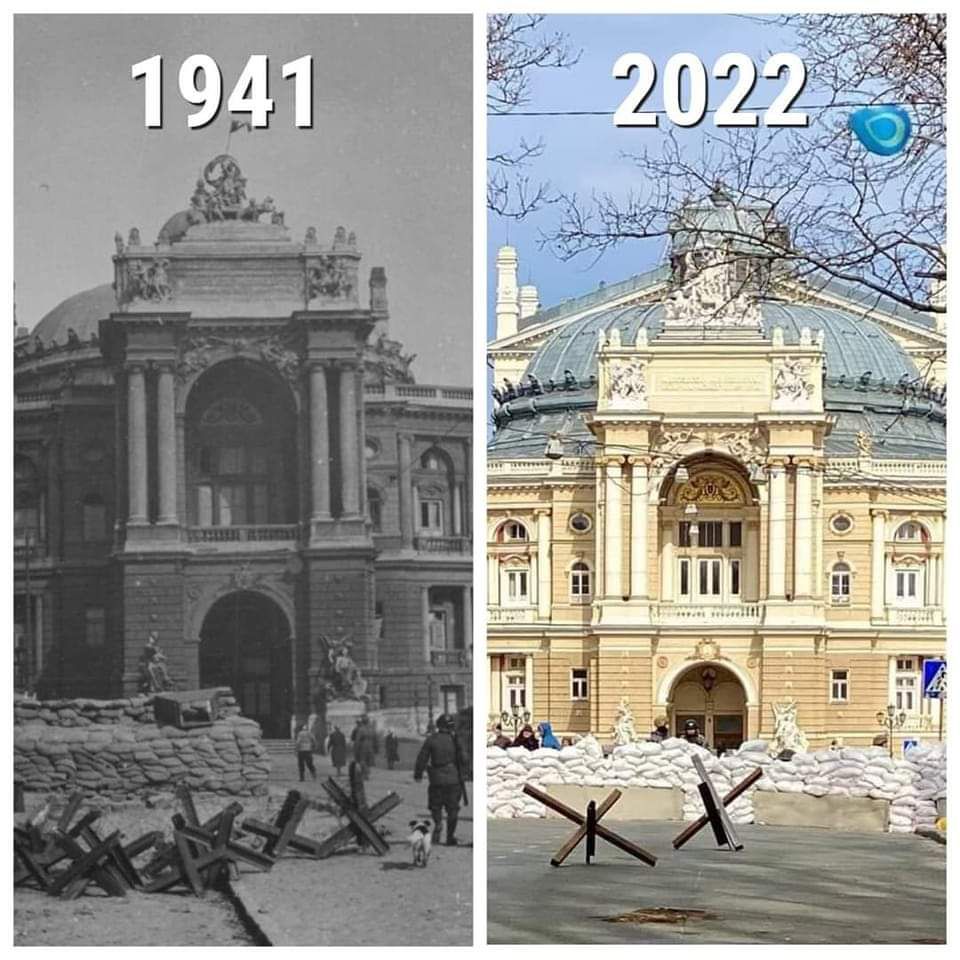 Didula works with the Ukrainian Education Platform, but with the war, his work now ranges from delivering munitions and supplies, to moving civilians to safety.

“The most civilians are dying because of constant, every-night shelling and we do not have enough supplies to cover our sky, so what we ask our international friends to advocate for is to provide Ukraine with aircrafts and provide Ukraine with the Iron Dome system,” he said. “So we need at least something close to that, that will provide us that security from the sky and the rest we’ll handle.”

Also, Green Zones, which are agreed by both sides to provide safe passage for people evacuating, are not being honored, said Didula.

Didula coordinates transportation in the Green Zones, attempting to move people to safety via buses, he said. Recently, Russian soldiers have taken over the buses in Green Zones and used passengers as human shields to move Russian soldiers into Ukrainian cities.

“In that case, our military cannot shoot because it’s our people,” he said.

Didula watches Russian news to learn why there is little opposition in Russia to the invasion, he said. One reason is because Russian news portrays only Ukraine’s military assets being destroyed, not its cities and villages.

“It seems like Putin has created a total fake image of what is happening in Ukraine,” he said. “The picture that is shown to them is ideally filmed and displayed. The propaganda is huge. There’s an alternate reality being presented.”

Ukraine is not lacking in volunteer forces, and solidarity is strong from Ukrainians outside the country, Didula said.

“We have over 100,000 people who have joined territorial defense that were not part of official army, and those are people without any equipment,” he said. Ukraine is trying to provide the equipment. 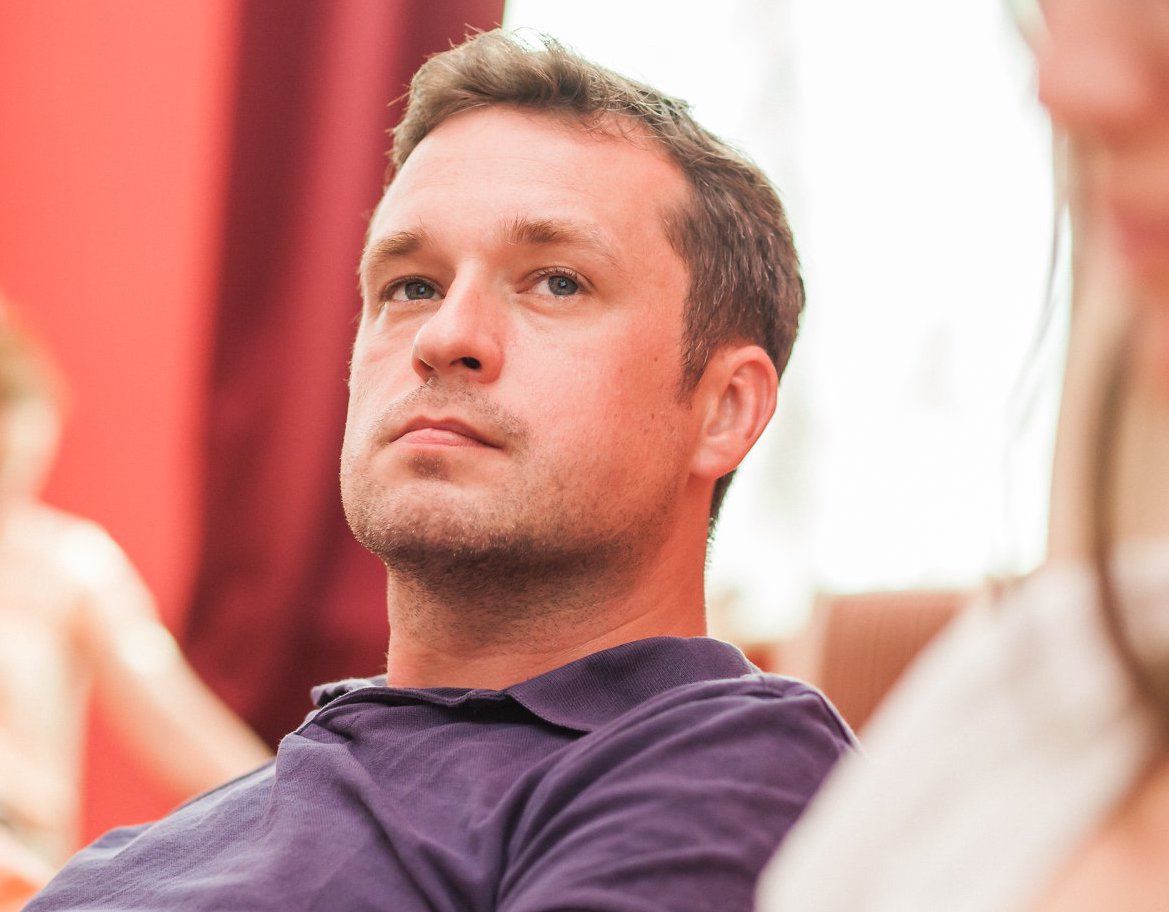 So far, Ukraine has received little military aid, and there is some frustration that help is slow in coming, Homeniuk and Didula said.

“But what we are trying to explain to the world now, that it’s not just Ukraine, it’s the value system of democratic civilization that is being threatened,” Didula said.

“It’s really about values, about values of humanity,” Homeniuk said. “Because it’s really a lot of these democratic values but now we need to protect them. And now, it seems like Ukraine is protecting them on their own.”

It is important that the world see Ukraine fighting back, protecting its land and its citizens, Didula, and the country has an historical chance to unite the Western world in action.

“And not just in words, and declarations. And it seems like it’s happening,” he said. “You know, I am very confident that we will, that democracy will prevail.”

To contribute to one of several organizations supporting Ukraine visit the Global Ties website.